Adam takes on many varying jobs and commissions, from books to graphic novels, concept art for animations and computer games and also one off commissioned pieces of art. Please feel free to contact Adam through this site should you have any questions 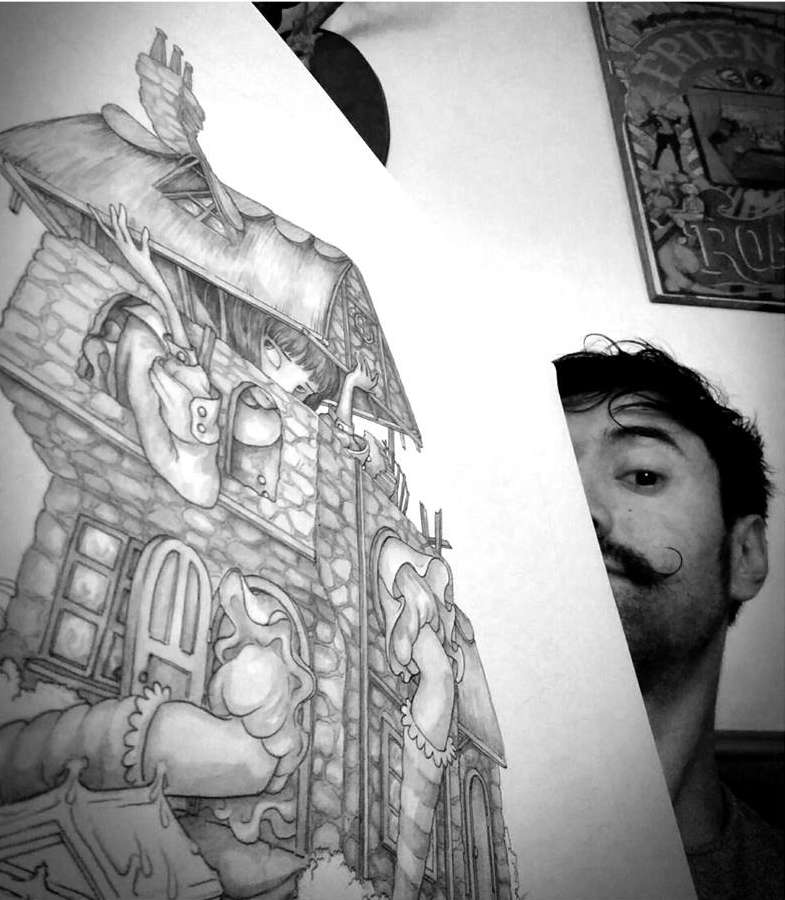 Adam Oehlers is an Illustrator currently working out of Norwich, England. He has exhibited worldwide from Australia, to the UK, Europe and the States. He has worked alongside writers and publishers from around the world, he has worked as Concept artist, Character Designer and Writer for Animations and Computer games.

Adam Has always found a great deal of inspiration from the classic Illustrations of Arthur Rackham, Edward Gorey and any intricate classic pen illustrations and print work. He has a great love of old stories and fairy tales and aims to tell a story through every illustration. In his work he strives to create a sense of nostalgia to take the viewer back to a forgotten memory, with the goal of reminding them of the soft magic that surrounds us.

The world he focuses on is a strange old place, lamp lit and cobble stoned, trapped in its own time with odd pieces of magic that creep in at the corners.